University of Benin (UNIBEN) School & Departmental Cut Off Mark For 2022 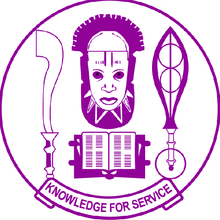 If you have been in search of the UNIBEN Official Cut off Mark, then you just bumped into the right place.  For all those students still confused if the Uniben departmental cut off mark for the 2022/2023 academic session has been released, then we want to use this medium to make it known to you that it has actually been released and you will find them below.

It’s not usually all about passing the JAMB official cut off marks for the 2022 academic session that really matters because there are other factors that also contribute to making you qualified to gain admission into an institution. One of them is being able to also cross the UNIBEN Post UTME Cut off Mark 2022 /Departmental Cut off Mark before you can be qualified.

Before being qualified to be admitted into the institution, you must ensure you are able to reach both UNIBEN Cut off marks for JAMB, as well as UNIBEN departmental course cut off mark.

Before we begin to reveal the UNIBEN JAMB Fixed Post UTME Cut off Mark, we would like to explain what ‘Cut off Mark’ actually means. Why we want to first explain it is for those who may not really know what it means.

Cut off mark is a score that is fixed by a body (Usually JAMB for Nigerians), which will serve as criteria for gaining admission if the candidate was able to meet the score set by the body. The score is based on the academic performance of the student in the examination which is used in determining the score.

If you are aspiring to be a student of UNIBEN, then ensure you don’t score below 200 in JAMB, and also ensure you reach their school Post UTME score. It is important you note that the higher your score, the higher your chances of being admitted before those with a lower score.

We have witnessed most cases where students who score above 200 in JAMB and yet don’t get admitted. This usually happens because the candidate in question was not able to reach the school’s required Post UTME score.

The only way to confidently secure your UNIBEN admission is to ensure you score higher both in your JAMB and your post UTME exams. It is obvious the candidate with a much higher score is considered than others.

We mentioned that there were many factors that contribute to determining if a student will be given admission. Another factor is the performance, score of your O’level grades in combination with your JAMB result. We urge you to try as much as you could to score far above 200 both in your JAMB and Post UTME examination and the reason we say this is because of the higher your score, the higher your chances of being admitted first.

Like we mentioned earlier, you must score not less than 200 in your JAMB before being qualified for UNIBEN post UTME examination. Below is a list of UNIBEN departmental cut-off marks.

Before the screening and other exercises, it is important you take note of some of the documents that will be required for UNIBEN post UTME pre-screening exercise.

Note: It is very necessary that you get to your screening venue in time before the screening exercise begins. Before participating, your SSCE and JAMB scores will be screened to see if you are qualified to join the exercise.

OTHER IMPORTANT POSTS
How To Check Your JAMB Admission Status.
How To Print JAMB Admission Letter.
Steps To Upload NECO & WAEC Result on JAMB Caps Portal.
Detailed Guide On How to Reject/Accept Admission On JAMB CAPS.

Should in case you have any question that you want to ask as pertain to this topic we just treated, don’t hesitate to ask and we will try our best to give you the appropriate answers.