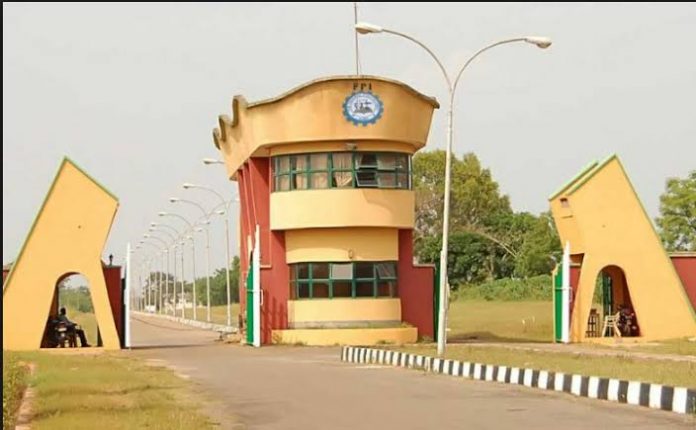 The cut off mark for the Federal Polytechnic Auchi has been published by the school management in line with the JAMB directives.

Before the Federal Polytechnic Auchi fixes its minimum cut off mark, it has to be in accordance with the Jamb approved cut off mark for the academic session.

You should know that Auchi Poly cut off mark is not fixed by JAMB, although in every academic session JAMB pins a fixed cut off point that no institution must go below.

Before a candidate is allowed to buy the Auchi Poly Post UTME form the candidate must have to score at least 160 and above in JAMB before applying for admission into their selected courses.

The duty of JAMB is to give admission to those who merited it, that is those who score the minimum of 160 and above and scaled through the Auchi Poly Post UTME test.

Most times candidates don’t know the best JAMB score for the courses they want to offer which brings up questions like?

I scored 160 in JAMB can I be offered admission into Auchi Poly?

What is the score I must get to study languages?

Most times candidates who scored 161, 165, 174, 160 and above ask questions like if they are qualified to study pharmacy, computer science, medicine and surgery or other courses offered by Auchi Poly.

With this article, you will be able to know if you are qualified for admission into Auchi poly.

Below I will be listing out all Auchi Poly courses and the minimum JAMB cut off the mark you are to score to be qualified for the post UTME test at the Federal Polytechnic Auchi.

Candidates who scored high in JAMB also have the advantage of gaining admission into Auchi Poly.

Although all candidates who were able to score 160 and above are given an equal opportunity to write the Auchi Post UTME test. Nevertheless, after the aggregate score is calculated, candidates with higher jamb scores may likely score higher because their high JAMB UTME  scores will help them when calculating their average cut off mark over candidates with lower JAMB UTME scores.

With the information above you gaining admission into Auchi Poly will no longer be stressful. Candidates should know that a low JAMB score can limit the chances of gaining admission except for candidates who are listed among the Educationally Less Developed States.

I think it’s easier to gain admission into Auchi Polytechnic because they still retain JAMB approved 160 score for most of their courses, unlike some Federal and Private Schools that increased theirs to 180 and above.

Below is a table that contains the list of Auchi Polytechnic departmental courses and their Jamb cut-off mark.

You can ask your questions in the comment section on anything you don’t understand and I will be happy to help.

A) Firstly, you must get up to the cut off mark, see the current Auchi Polytechnic cut off mark above.

B) Candidate must have a minimum of 5 credits in Maths, English and other relevant subjects related to your desired course of study.

D) Original documents which include ‘O’ level certificates. Please, note that awaiting results are no longer accepted by Auchi Poly.

F) 16 recent passport photographs (to be on the safe side).

Candidates should know that scaling through Auchi Polytechnic JAMB cut off mark for 2022/2023 academic session does not guarantee automatic admission into Auch poly – You have to be successful in the Post UTME test before you can conclude.