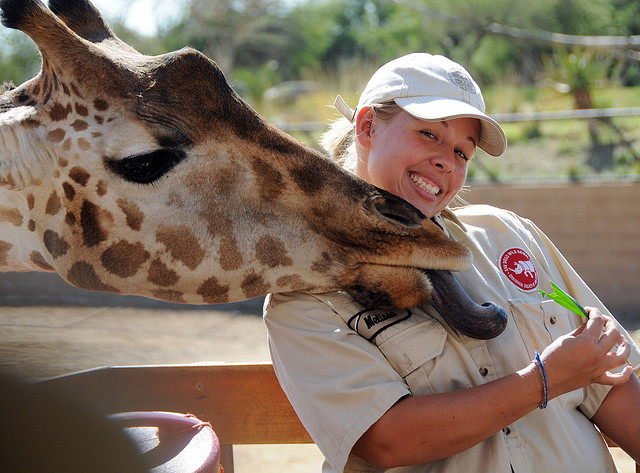 We would like to share with you the O’Level and JAMB subject combination for Zoology as well as the admission requirements for the course. In addition to that, we will list all the Universities in Nigeria where you can study the course alongside their special considerations and remark.

Both UTME and Direct Entry candidates who want to study this course pay attention to this page. This is because it contains all the prerequisites that will help them carry out their UTME/Direct Entry registration. And also, it will help them stand the chances of being offered admission provided they satisfy the admission requirements listed below.

If you have been searching for the admission requirements needed to study Zoology, then you are in the right place. Below you will find the subjects required to study Zoology and the list of Universities where you can study the course. Additionally, we included places you can work with a degree in Zoology. This page will teach you more about Zoology.

Candidates should be aware that their O’Level subjects play a very vital role in deciding whether they are qualified to study a particular course or not. Candidates applying for Zoology are expected to have at least five (5) SSCE credit passes which must include:

i). AAUA requires the fifth subject to be a credit pass in Chemistry.

vi). UNIMAID accepts a pass in English Language with a credit pass in Sciences.

vii). IGBINEDION requires an O’ level credit in Biology, English Language, Chemistry, Maths, in addition to Physics or any other Science Subject.

viii). KSUST requires credit in Chemistry and they also accept credit in Agriculture in place of Biology.

ix). FUAM – Candidates seeking admission into any of these Programmes must have at least five (5) credit passes which MUST be from one examination body (i.e. either WAEC or NECO) and should not be obtained in more than two (2) sittings. FUAM does not accept WAEC and NECO combinations. Students of the University of Agriculture, Makurdi Pre-degree Remedial Science Programme who were able to pass their end of session examinations are considered admitted on the condition they pass their UTME in addition. PLEASE NOTE: They don’t accept Health Science and Agricultural Science in place of Biology. Meanwhile, Further Mathematics will NOT be accepted instead of Mathematics or Physics.

xv). UNN requires five (5) O’ level credit passes which must be obtained in two (2) sittings at most and it should include English Language, Biology, Mathematics or Physics and Chemistry at School Certificate or its equivalent.

xviii). DELSU accepts Health/Science in place of Biology and does not require Mathematics.

xx). UNIUYO requires credit passes in Chemistry and Mathematics and may accept P.7 in Physics.

xxiii). UNIBADAN requires 5 or 6 credit passes at one or two sittings and it should include Biology, Chemistry, English Language, Mathematics, and any other Science subject except Agric. Science.

xxvi). UNILAG requires credit passes in Physics and Chemistry as the other two (2) science subjects.

UTME candidates should be informed that English Language is a compulsory subject of Zoology. The other remaining three (3) JAMB UMTE subjects are required for Zoology which is under the faculty of Sciences. Below are three (3) other JAMB subjects required to study Zoology:

Candidates who are not willing to apply for admission to study Zoology through UTME are expected to meet the Direct Entry admission requirement study Zoology.

iii). UDUSOK accepts HND/ND in relevant fields and UNILORIN accepts NCE passes in Chemistry and Biology in addition to the UTME requirements.

vi). UNN accepts the following:
a). Two (2) ‘A’ level GCE/HSC passes in Chemistry and Botany/Biology/Zoology with UTME requirement.
b). A degree in relevant fields in addition to the UTME requirements, NCE, and HND credit passes are acceptable.

viii). UNIUYO accepts ND/HND in relevant fields in addition to the UTME requirements.

ix). UI does not accept Agricultural Science as a Science subject.

xi). LASU accepts Chemistry and Botany/Biology/Zoology in addition to a pass in Physics.

xii). IGBINEDION accepts two (2) A’ levels including Zoology and one of Chemistry or Botany. They also accept ND/HND (lower credit) in Biology, Botany, or Food Technology.

xv). SOUTHWESTERN accepts the following:
a). NCE (credit) in Chemistry or Biology. A’ level Chemistry and Biology/Zoology/Botany.
b). Accepts merit in HND or ND (upper credit) in relevant courses is acceptable. O/L credit in either Physics or Mathematics plus ‘A’ level passes in Biology and Chemistry is acceptable.

xvi). DELSU accepts A’ level to include Chemistry and ND (Upper credit) in Science Technology.

xviii). KBSUST accepts the following:
a). Any two (2) A-level papers on Chemistry and Biology/Agriculture.
b). NCE in Agricultural Science.
c). ‘A’ level passes in Mathematics or Chemistry will be an advantage but is not compulsory.

xix). AAUA and EKSU require an A’ level passes in both Biology and Chemistry.

xx). WESTERN-DEL accepts the following:
a). Two (2) ‘A’ level passes to include Botany, Biology or Zoology and any one of Maths, Chemistry. and Physics.
b). NCE/ND with at least merit passes in relevant subjects.

xxi). BASU accepts ‘A’level/IJMB passes in any three (3) of the following subjects to include Chemistry, Biology, and any one (1) of Mathematics, Agricultural  Science, or Physics. ND (lower credit) in the following areas: Science Laboratory Technology, Microbiology/Biology Option, Food Science Technology, and Animal Health and Husbandry. The candidate must also have the five (5) ‘O’ level credit passes to include Biology, Physics, English Language, Mathematics, and Chemistry.

xxii). AAU accepts ‘A’ level Chemistry and any one of Biology/Zoology/Botany.

xxiv). UNILORIN requires NCE passes in Biology and Physics/Chemistry is acceptable in addition to UTME requirements.

xxv). FUAM requires ‘A’ Level GCE passes in Chemistry, Biology and either Mathematics or Physics MUST be obtained. HND, ND, and NCE graduates in Science/ Technology with credit level pass in the relevant subjects must be considered plus UTME requirements.

xxvi). OSUSTECH requires the following:
a). Two (2) A’ level passes in Biology, Physics, or Chemistry.
b). ND (National Diploma) with Distinction and credit passes in relevant subjects.

Places You Can Work With A Degree In Zoology

If you are a zoologist, then you must certainly have in-depth knowledge of animal sciences and fieldwork and Lab. With such knowledge, you are equipped to work both in fields such as agricultural, environmental, and pharmaceutical industries. Below are places and fields you can work as a zoologist:

Do we hope this page (JAMB and O’Level Subject Combination for Zoology) was able to provide you with the answers to your questions? Should in case you still have any questions you want us to clear up for you,  feel free to share them via the comment section.