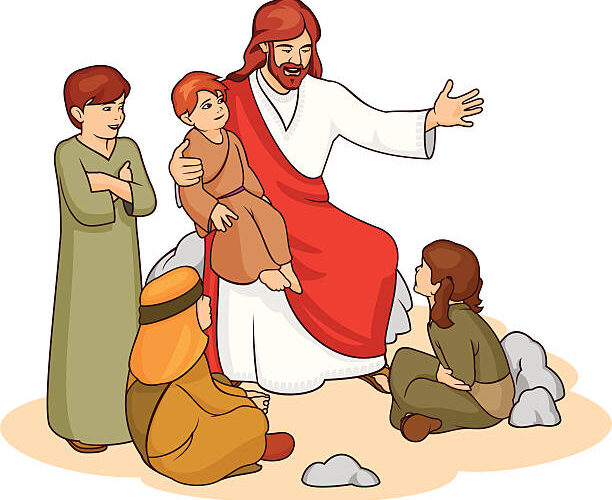 NECO  ( National Examination Council) is an examination body that conducts the Senior Secondary Certificate Examination and General Certificate in Education every year in Nigeria within June/July and December/ January. 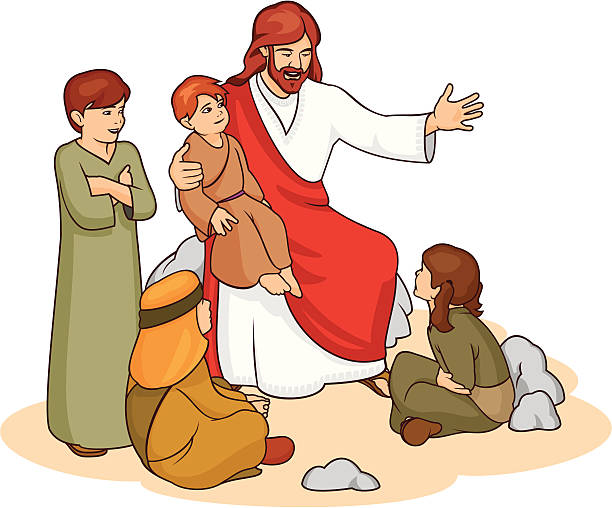 A. Haggai and Zachariah

C. The prophets of God in Jerusalem

D. The priest of God in Jerusalem

ANSWER: C (The prophets of God in Jerusalem)

2. The division of David’s kingdom was a direct consequence of

3. Jesus Christ was baptized in the River Jordan by

4. What does the word “Cup” mean in the book of Matthew? It means

A. Water container for drinking

B. cup of blessing from God

D. metaphor referring to the crucifixion

5. Where did the Lord appear to Solomon in a dream?

6. Jesus Christ was baptized in the River Jordan by

8. The law books used for the great reformation of Israel’s social and religious institutions were found in the temple in 621 BC during the reign of

10. The first sin on earth was committed by
A. Adam and Eve.
B. Ahab and Jezebel.
C. Cain and Abel.
D. Hophni and Phinehas.
E. Jacob and Esau.

ANSWER: A (Adam and Eve)

11. Before Joseph revealed himself to his brothers, he
A. consulted with Benjamin.
B. consulted with Pharaoh.
C. rebuked them for selling him.
D. sent out every other person.
E. wept for Benjamin.

ANSWER: D (sent out every other person)

12. When the people of Israel were thirsty in the wilderness, they reacted by
A. appealing to Moses to cry to the Lord.
B. asks Moses to strike the rock with his rod to bring water.
C. blaming Moses for their plight.
D. deciding to retrace their steps to Egypt.
E. planning to choose new leaders to take them back to Egypt.

14. After a serious search for his brothers, Joseph found them at
A. Dothan.
B. Egypt.
C. Gibeon.
D. Goshen.
E. Shechem.

15. What did the Israelites do when Moses went up to the mountain and delayed returning?
A. Each of them slaughtered a bull
B. They called upon Aaron to make gods for them to worship
C. They held his brother Aaron hostage
D. They lost hope at his coming back
E. They cried of hunger

ANSWER: B (They called upon Aaron to make gods for them to worship)

18. The immediate consequence of the failure of Eli in his parental responsibility was the
A. death of Saul and his sons.
B. death of Uriah.
C. defeat suffered by Israel in the battle and capture of the Ark of the Lord.
D. division of the kingdom.
E. exile of the Jews to Babylon.

ANSWER: C (defeat suffered by Israel in the battle and capture of the Ark of the Lord)

19. Naboth refused to give his vineyard to Ahab because
A. Ahab was too greedy.
B. Elijah told him to refuse.
C. he wanted to cultivate the land.
D. Jezebel’s intervention was evil inclined.
E. the vineyard was the inheritance of his fathers.

ANSWER: E (the vineyard was the inheritance of his fathers)

20. “My father chastised you with whips, but I will chastise you with scorpions”. This statement was made by the Israelites.
A. Ahab
B. David
C. Jeroboam
D. Rehoboam
E. Solomon

21. King Darius took note of the excellent spirit in Daniel and distinguished him above all other presidents and
A. commissioners.
B. governors.
C. ministers.
D. satraps.
E. secretaries.

22. At Gibeon, God promised to give Solomon riches, honour and
A. beautiful houses.
B. long life.
C. many children.
D. many wives.
E. victory in battles.

23. Which of the women was referred to as the Mother in Israel due to her enormous and courageous contributions to the religious and political life of Israel?
A. Anna
B. Deborah
C. Mary
D. Sarah
E. Zipporah

24. The name “Mattaniah” was changed to Zedekiah by
A. Gedaliah.
B. Ishmael.
C. Nethaniah.
D. Nebuchadnezzar.
E. Sargon II.

25. The Book of the Law used by Josiah for his religious reform was discovered by
A. Hilkiah.
B. Huldah.
C. Manasseh.
D. Micaiah.
E. Shaphan.

ANSWER: D (Praying to God while in the belly of the fish)

27. The king who deposed his mother because she had an abominable Asherah image was
A. Asa.
B. Jehu.
C. Omri.
D. Rehoboam.
E. Solomon.

30. Pharaoh’s fear of Israel’s growing strength and power drove him to

A. Expel the Israelites from Egypt.

B. put a heavy weight on the Israelites.

D. Hunger as a punishment for the Israelites

ANSWER: A (expelling the Israelites from Egypt)

31. In a dream, where did Solomon see the Lord?

32. David’s kingdom was divided as a direct result of this.

D. Rehoboam made a poor decision.

33. The Israelites, according to Amos, have turned justice into a game.

A. persuade Pharaoh to close his eyes.

C. free the Jews from servitude

D. convert the snake into a rod

ANSWER: D (convert the snake into a rod)

35. Because of this, Joshua was chosen to succeed Moses.

A. Moses was an elderly man.

B. had now turned his back on Moses.

C. Moses was tasked with appointing a successor.

ANSWER: A (Moses was an elderly man)

36. As part of his battle preparations against Sisera, Barak chose troops from the tribe of

A. Issachar and Judah

B. Naphtali and Zebulun

ANSWER: B ( Naphtali and Zebulun)

37. At Ziph, David predicted that Saul would die by one of the following methods, excluding

A. Being enthralled by God

B. passing away naturally

C. being killed in a battle

1a. Give Matthew’s account of the call of the first four disciples of Jesus.
ANSWER: According to Mathew’s account, Jesus walked by the Sea of Galilee. He saw Simon Peter and Andrew his brother, fishing They were fishermen. Jesus told them to follow Him. He added that He would make them fishers of men. They left their tools and followed him at once. From there, He saw two other brothers — James and John the sons of Zebedee. They were in the boat with their father mending their nets. Jesus asked them to follow Him and they responded immediately. Leaving their father and the boat behind, they followed him.
1b. State three reasons why Jesus required disciples

ANSWER:(i) Jesus needed disciples to continue his work after his ascension.

(ii) He needed them to firmly plant the seed of Christianity.

(iii) He needed them as witnesses to the word

2. Narrate the circumstances surrounding the flight of Moses and how he
settled in the land of Midian.

ANSWER: In c.1508BC, as a young man of 20, Moses sees a Hebrew slave being beaten by an Egyptian overseer. In anger, Moses kills the Egyptian official. Fearing retribution from the pharaoh (and, perhaps, death threats from his jealous stepbrothers), Moses flees to Midian, near the Gulf of Aqaba. Moses rescues some shepherdesses and waters their flocks at a well. Their father invites Moses (who is clearly a well-educated Egyptian) to stay, so Moses marries one of his daughters, Zipporah, and settles down for the next fifty years to raise a family in exile in Midian.

3.i. Describe what Amos regarded as true religion.

4.i. Describe the event at Bethany which made Jesus speak of Himself as the Resurrection and the Life.

ANSWER: Jesus had a friend whose name was Lazarus. He lived in Bethany. When he fell ill, his sisters, Mary and Martha sent for Jesus, but he said Lazarus’ illness was not unto death. Jesus delayed for four days before he arrived with his disciples. Many of the Jews came to Martha and Mary to console them concerning their brother who had died. When Martha heard that Jesus was coming, she went to meet him and told Jesus that if he had been there, her brother would not have died. However, she believed that whatever Jesus asked from God would be granted. Jesus answered Martha that Lazarus would rise again. Martha said that she knew that Lazarus would rise again in the resurrection at the last day. Jesus then said to her, “I am the resurrection and the life. He who believes in me though he dies yet shall he live and whoever lives and believes in me shall never die”. Martha confessed her faith in him as the Christ, the son of God who came into the world.

ii. What three lessons can we learn from this declaration?

Thank you for going through this page and we hope it was useful. Do well to make use of the comment section if there are any questions pertaining to our ‘CRS Neco Past Questions‘.