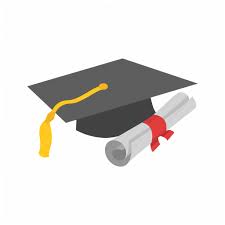 Amidst the instability in the Nigerian government, which makes it difficult to maintain high standards of learning, we have been able to compile the list of Top 10 Best Nigerian Universities.

The list comprises of both Federal and State-controlled universities, which means you wouldn’t be finding any private university in the list.

Before computing the list, there were lots of factors that we put into consideration and one of them happens to be the realization of the latest ranking from various University ranking bodies such as;

The University of Benin AKA UNIBEN happens to be among the highly-rated universities in Nigeria. The school was established in 1970 and was the first University to produce the first female Vice-Chancellor, Grace Alele-Williams (1985-1991).

The University currently has over 40,000 students which consists of both part-time and full-time students. The institution has been growing from strength to strength ever since its establishment. They have quite a number of accredited Faculties, Institutes, Departments, as well as Units. They also offer courses for undergraduates, postgraduates, certificate levels, and diplomas.

This institution has been known for working with various other institutions both local and international. Some of the bodies they collaborate with most times associated with Agriculture includes;

The University of Port Harcourt AKA Uniport is a Federal controlled University which started out as a college.  The institution was established in 1975 and is among the most popular educational institution in River State.

They became a full-fledged University in 1977 with a total number of six schools which comprises of Educational Studies, Social Sciences, Chemical Sciences, Physical Sciences, Science Laboratory Technology,  Biological Sciences, and Humanities. Presently, they have seven Schools, twelve Faculties, and one College.

The University of Abuja got established in 1990 and started off in temporal primary school premises in Gwagwalada. The site was called Uniabuja “mini-campus”.

The university which is also known as UNILORIN happens to be one of the seven higher learning institutions established during the military regime in Nigeria. It came into existence in the year 1975 and enrolled its first 200 students on the 23rd of October, 1976 and resumed academic activities two days later (25th October, 1976).

But presently, UNILORIN has 15 faculties which are listed below:

This University originated in 1983 during the time Nigeria was more interested in promoting self-reliance in Science, Technology, and Engineering.

The University’s permanent site is seated on a 10,650 hectares of land situated at Gidan-Kwano along the Minna – Kataeregi – Bida Road. Some of the facilities that can be recorded on this main campus consist of:

Another name for this university is called FUTMINNA and they have been able to produce bright students who have been producing many relevant types of equipment like Solar air heater, Rice de-stoning machine, Multi-purpose grinder, Motor-car crankshaft, Maize Sheller, Poultry feeder Gearing system for crane hoist drives, Irrigation models and lot more.

This University was established in 1962 and was previously known as the University of Ife. The university seated on a whopping 11,862 hectares of land, making it the largest university in Nigeria when it comes to the landmass.

The size of the institution made it possible for them to have one central campus and also accommodates staff quarters, teaching and research farm, as well as its students’ residential area.

The institution also accommodates several government parastatals consisting of the;

Ahmadu Bello University AKA ABU which happens to be among the top universities in Nigeria was established in 1962.

The university was able to begin full operation of the same year it was established and started out with the Clerical Training Centre, Kongo which is the Shika Livestock Farm and the Samaru Agricultural Research Station. They also started with Science and Technology, as well as the Nigerian College of Arts.

ABU began with four different faculties which include Engineering, Agriculture, Science, and Law. There were 426 inaugural students and 15 faculties.

They presently have 2 campuses with 12 Faculties, 82 academic departments, and 1 Post-Graduate School. The enrolment of students has surged up to 35,000.

In addition, the University also has 5 Institutes, 6 Specialized Centers, a Primary School as well as a Consultancy Outfit which offers a vast range of services to the institution and the society at large. There is also a Demonstration Secondary School, a Division of Agricultural Colleges, School of Basic and Remedial Studies.

ABU was named after Sir Ahmadu Bello who happens to be the Premier of Northern Nigeria, as well as the Sardauna of Sokoto.

You can also call it UI for short. The University of Ibadan was previously under the University of London, operating as a college. It was established in the year 1947 and as at then offered academic programs in Science, Medicine, and Arts.

Later on, in 1962, the university became an independent full-fledged University and currently offer more academic programs. They also have about 13 faculties which consist of:

The institution’s University College of Medicine consists of faculty of Basic Medical Sciences, Public Health, and Dentistry, as well as Clinical Sciences.

There are yet other academic units of the university and some of them are:

The University of Ibadan presently plays host to the Pan African University Life & Earth Sciences Institute on behalf of the West African Subregion. The enacted program already has about 97 students and are in their 2nd year.

The University of Lagos also known as UNILAG was established in 1962 and recognized as one of the best institutions in Nigeria. They are also known as the Nation’s Pride.

They also have 3 campuses which are situated in Yaba, Surulere, and Akoka. They currently have over 40,000 students. They also have 3,365 university staff with 12 faculties which comprise of:

The University of Nigeria Nsukka is also known as UNN which was founded in 1955 by Dr. Nnamdi Azikiwe, though it was officially opened on the 7th of October 1960.

UNN is actually the first autonomous university in Nigeria. They have 102 academic departments with 15 Faculties. They also offer 211 postgraduate and 82 undergraduate programs.

The university has one of the best ICT in West Africa, it’s actually known as the Roar Nigeria Hub (ICT Hub). The hub is actually a private sector initiative supervised by two engineering graduates of the institution.