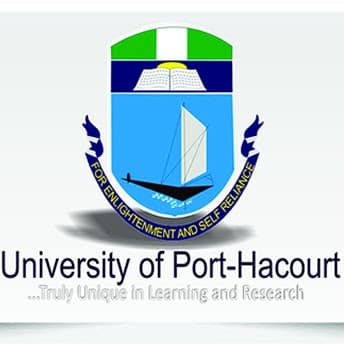 We already know that Uniport is a federal University and will certainly have many students flooding in for admission. Just like every other Federal University, the University of Port Harcourt JAMB and a departmental cut off mark will be the information most Uniport aspirants will be seeking for.

Therefore, we have taken it upon ourselves to bring to your doorstep the various Uniport’s Cut Off Mark For admission into the 2021/2022 academic session.

For those who don’t know what ‘Cut Off Mark’ means, it’s actually the lowest score that a candidate must score before becoming qualified to be considered for admission into an institution.

It is important we inform all the aspirants of the University of Port Harcourt that for them to be qualified to be considered for admission, then they have to make sure they were able to score not less than 150 in the just concluded 2022 JAMB examination.

The 150 score is actually the general score accepted by the school for the just concluded JAMB 2022 examination. Don’t get it twisted; because you were able to score 150 or more in JAMB doesn’t give you an automatic admission into the institution. You will still have to meet up with other requirements like their departmental cut off mark.

The 150 JAMB score only qualifies you to pick up UNIPORT Post UTME Form which is also known as UNIPORT Admission Form.

UNIPORT departmental cut Off Mark is simply the minimum score you are to reach in the institution’s Post UTME test for each course you apply for. So, should in case you apply for LAW, then you will have to reach the cut off mark for LAW in the post UTME test before you can be considered for admission into such a course in UNIPORT.

The departmental cut off mark is the lowest score that a candidate (student) must reach before he/she can be considered for admission into such department or course. Below are the official Uniport Departmental Cut Off Marks.

What If I Don’t Reach the Cut Off Mark?

Perhaps you didn’t meet up with the Uniport cut-off mark and maybe you chose them as your first choice. Our candid advice to you is to go for a ‘change of institution‘. Nevertheless, for those who want nothing but UNIPORT, we wish luck as you try again Next year.

Just like every other institution, the University of Port Harcourt has lots of aspiring students trooping in for admission. The school usually does all they can to disqualify as many as possible leaving only nothing but the best.

So, let’s assume you want to study PHARMACY and Uniport cut off mark for this course is 200 and you scored 199 in your JAMB, be rest assured you wouldn’t be invited for screening. Just forge ahead to try a change of institution.

But for those who were are able to reach Uniport Cut-Off Mark, we congratulate you and advise you don’t relent. Endeavour that you are also preparing for Uniport’s post UTME screening exercise.

The management of Uniport is yet to announce the format (model) they will be using for this year’s screening exercise. Our only advice to those who made it past the cut-off mark is to be prepared for the Post UTME. If it turns out to be a written exam, ensure you are adequately preparing yourself for that. You can CLICK HERE for UNIPORT Past Questions.

Once again, we will advise you don’t relax until you have finally made it through. You can subscribe to our channel so you can be informed when Uniport Management finally decides on the format they want to use for this year’s Post UTME.

It is important you note that UNIPORT screening is in two phases. The first is set to happen soon you can check out more info on that Here.

The first phases feature the pre-screening exercise for students who applied to study in the institution. Some of the documents needed for the first screening include the JAMB registration printout and SSCE result.

The second phase is strictly for those whose names appear in the UNIPORT admission list. Should in case you merit Uniport admission, then you will be invited for the final screening. Below are some of the important documents that you are to go along with:

Note: The school does NOT Accept Cases of awaiting results.